Text size A A A
Accessibility

The St. Boswells Biogas plant located at Charlesfield near the Scottish borders was commissioned in December 2015. This project is one of several projects where we have partnered with bio investors with Iona Capital. The plant can flow 475m³ of biomethane per hour into the local 7 bar intermediate pressure (IP) network.

Our team oversaw the design, project management and installation of all activities associated with the grid entry and connection to the gas network, including 490m intermediate pressure (IP) pipeline.

Initially we invested in the grid entry unit (GEU) and export pipeline. However, we provided further investment to reinforce the gas network which enabled increased volumes of biomethane to be injected.

When the plant was first commissioned, the gas network was constrained which dramatically limited the export capacity during periods of low gas demand. The limits on grid capacity caused significant disruption to plant production and prevented continuous operation.

We undertook a detailed study of the local gas network and the identified a solution to increase volume of biomethane that could be injected during the summer months.

The complex reinforcement project involved inserting an abandoned metallic pipe with 1.65km of 160mm polyethylene pipe. Further adjustments and reconfiguring of the gas network regulators were also required to allow the site to continuously flow into the grid. The actions taken resulted in biomethane injection rates to increase to a consistent 475m³ per hour.

More than 11 million cubic metres of biomethane injected to the grid since commissioning. The St. Boswells Biogas plant now produces enough green gas to supply 3,600 homes locally. This is a carbon equivalent saving of over 8,000 tonnes per annum. 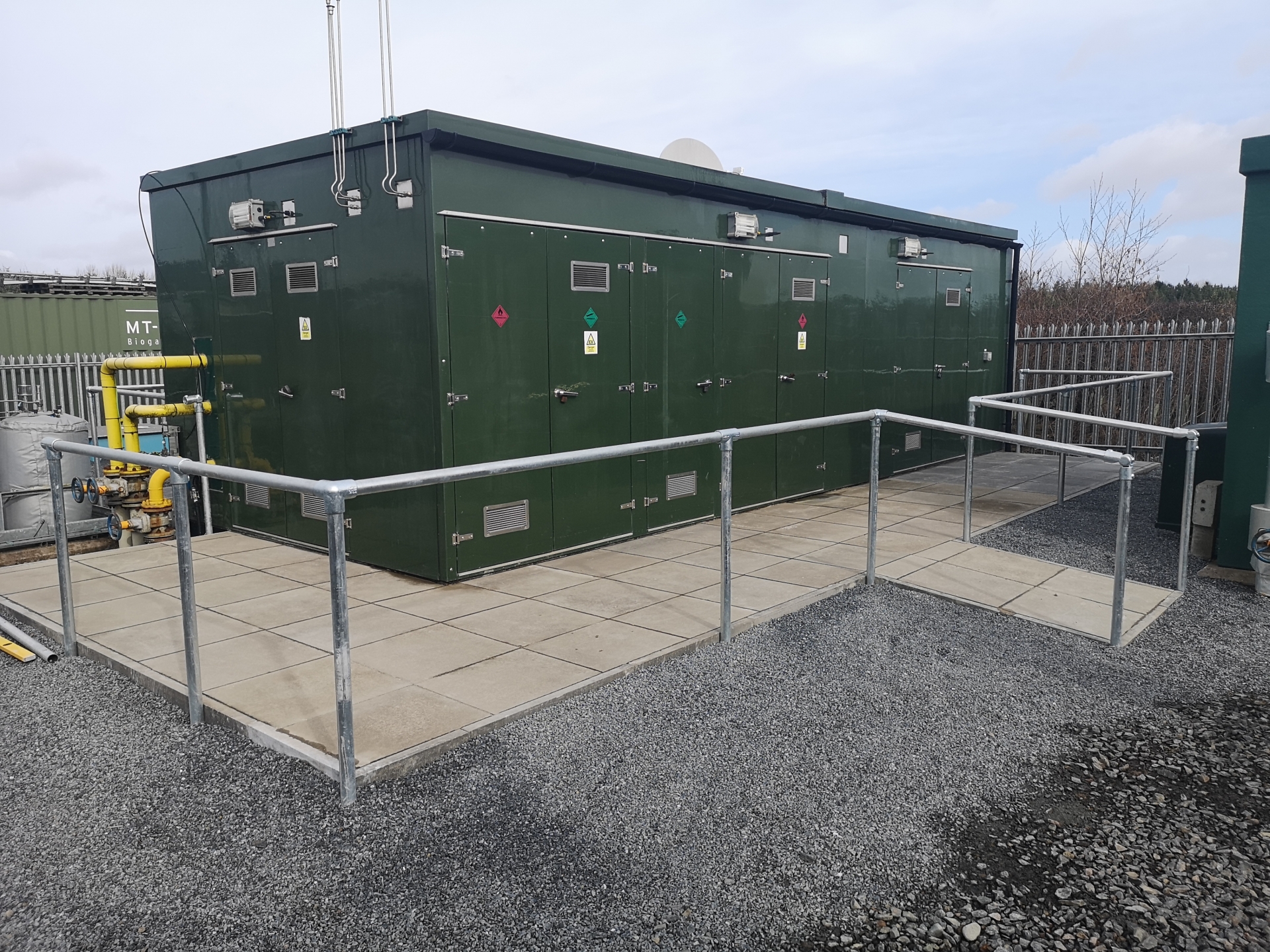